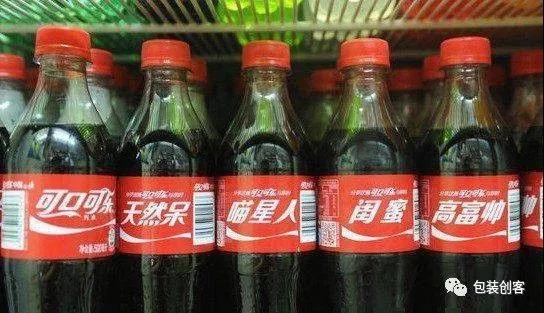 From 2013 to 2015, Coca-Cola launched the “nickname bottle”, “lyric bottle” and “line bottle” and became a classic case of marketing. However, the pattern packaging is not unusual, and it is the king that allows fans to participate in the interaction.

Most of the following brand cases are just a little bit forward, so that a simple package is full of life! 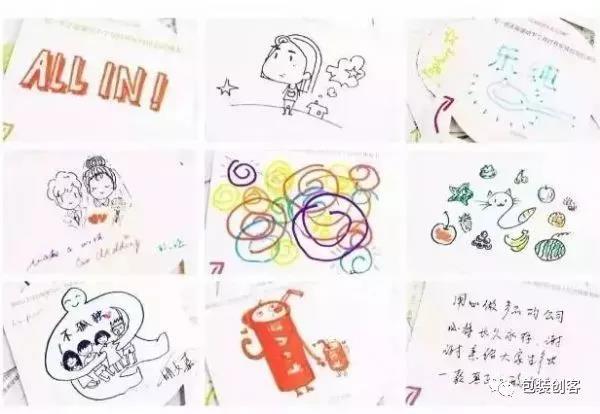 Since the beginning of this year, an article has exploded in the circle of friends, Le Chun Yogurt has entered the public eye. In fact, in terms of content marketing, Le Chun has always had a high demand for self. Whether it is design or copywriting, it can be seen that this brand is pursuing the pursuit of “forced”.

Denny, the founder of Le Chun, shared that when Le Pure sold 200,000 boxes of yogurt, they made the back of the yogurt package into a magazine that everyone could contribute. About a total of more than 2,000 people participated in the submission, and then selected 25 of them, put it in WeChat, let everyone vote, these contents become the new packaging of the latter, and promote the continuous renewal of the product. However, this is just a small part of using the packaging to interact. Not long ago, they put a mysterious QR code on each Le pure box cover, through which you will know another storyteller, they love to travel, love freedom, Like niche and literary movies and have their own private music albums... and can contact TA immediately.

Second, the taste of the daily C: Let you confession does not need courage

It’s just to see this, the full daily C has done this this summer – let the package speak for you and help you confess. So, on the shelves of the supermarket, you can see the taste of the whole day that can be written directly on the bottle. C - You don't need to take courage. You just need to give her this juice at the right time and place.

In addition to confession, scenes such as sending care, sending holiday blessings, and apologizing are also very useful. This is a little bit better than Coca-Cola, which declared itself to be a "literary youth." 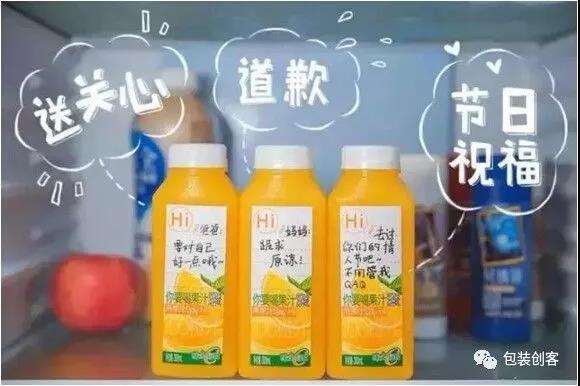 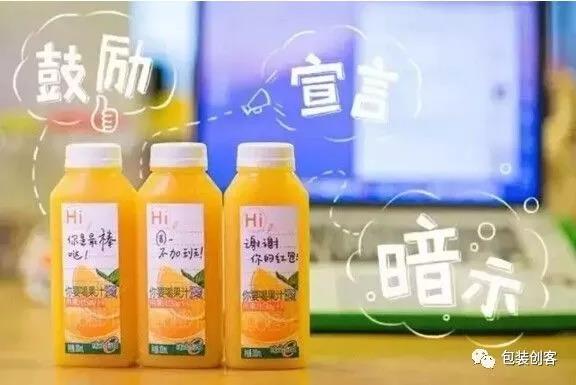 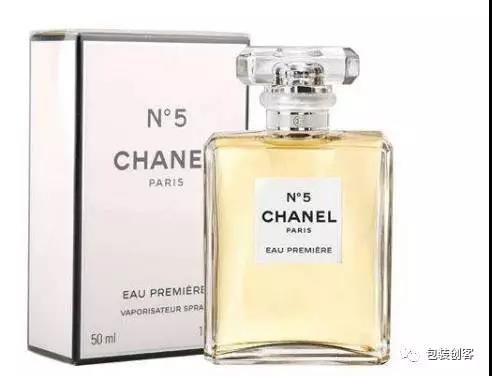 Third, Jiang Xiaobai: Let you force no one at any time

Tao Shiquan, the founder of Jiang Xiaobai Wine Industry, once admitted that when he launched the Jiang Xiaobai series of liquor, his peers laughed at him and said how can liquor be like this?

When talking about liquor in the past, each brand is talking about the cultural feelings of history. When we start the wine glasses, it is more cultural atmosphere. Jiang Xiaobai has made an innovation and leapfrog. The image of this cartoon character is the representative of every young literary youth who loves life at the moment.

Not long ago, Jiang Xiaobai launched an expression bottle online and made a dynamic H5 page. Everyone can write what they want to say on the bottle, just like the bottles they have already published. An interesting little game that fully mobilizes the social function of the product, and uses its own products as a carrier to let fans express themselves and force them to ask for help anytime, anywhere. 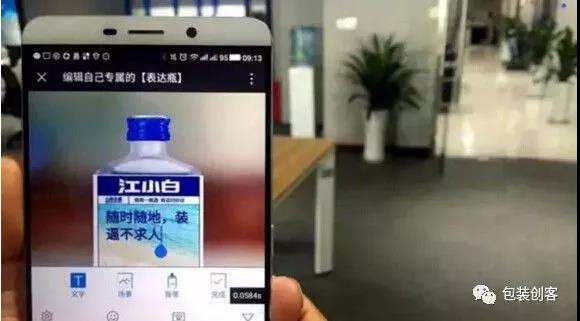 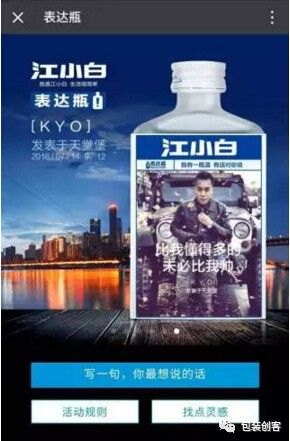